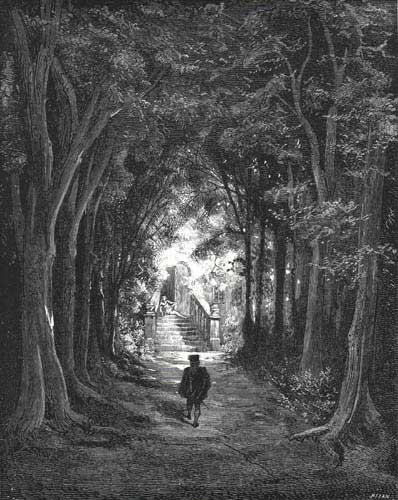 I first saw Symbaroum on Kickstarter in July of 2017, when the campaign for “The Witch Hammer” was underway. I was immediately hooked by the art and setting, eagerly backing the campaign at one of the higher levels so that I could get all of the books. When I got the PDFs I was in awe of the art, but felt overwhelmed by the presentation and had no idea what the game was really about. I searched online for actual plays, and I even joined a Twitch livestream of some group playing the game.

A lot of what was happening seemed familiar. At the time, I had been running a lot of Numenera so the player-side dice rolling didn’t bother me. While it was familiar, it was also just unique enough to be discouraging. I am the only GM in my group, and most of my players are still pretty content to play D&D 5th edition every week. As the GM, I have a lot of control over what to run for my players but ultimately need to respect player preference and run games that people are excited to play.

Symbaroum arrived at my house at a inopportune moment in my gaming life. My players were experiencing some acute fatigue from my Kickstarter driven system-of-the-week style of scheduling one-shots or month-long mini-campaigns. I was then (and still am) Kickstarter crazed, and my shelves were (and are) full of games that I hadn’t played or had barely skimmed.

Even so, Symbaroum has stuck out in my mind. Despite not having played the system, I backed the “Monster Codex” when it hit Kickstarter during November 2017. I kept going back to the books, and the setting continued to inspire. I would reference the art with other games that I ran, even using the Symbaroum GM screen to set the tone for other games. It was the game that I kept wanting to run, but the fates kept resisting me.

Lots of things can get in the way of running a new system, some of them are in the control of game developers but most exist outside of their influence. The presentation of game content in Symbaroum ultimately is not for me and provided a high amount of internal-resistance to being played, but I don’t want this to be a negative review and so I am not going to go into any of my specific criticisms that are a matter of personal preference.

I haven’t run a campaign for my players in the better part of a year, so when I recently started talking to them about the fact that I was interested in running a new campaign, we started discussing what to play. A few players said “anything,” others said  “anything that we already know, no new systems please,” and a few other players said “I really only want to play 5e.”

In my mind, Symbaroum is focused on the forest Davokar. The politics are just a backdrop and the personalities hardly matter. The history is vague and contradictory, every noble and faction tells it differently anyways. The players are all Ambrians, they matter to themselves and they are situated in the landscape. They migrated, they remember the great war and terror. They want to create a better life for themselves, or at least want the power to defend themselves against the hostile world.

There is a lot of rich content in the Symbaroum books. I didn’t know what to do with all of that content over the last year. It felt like I couldn’t access it. There are so many personalities and details that it boggles my mind, “How am I ever going to get any amount of this content across to my players?”

Now, I have a way to engage with that content and bring it to my table. Albeit, on my own terms.

Hacking a Game is not an Insult

“All games do not come from the same cookie cutter or jelly mould. Each has a heart set in mechanics and raw concepts, but in building a new game the designers imbue the basics with their own flavour, theme and focus. When we step into Ambria, we enter a world created by a small group of writers and that world has a slant of their own. Coming from any other game, we must cleanse our palette of preconceptions and try hard not to shoehorn Symbaroum into a form like those we have just left behind.

Symbaroum is not Dungeons & Dragons or Pathfinder, nor The One Ring, Genesys, RuneQuest or Warhammer. While you can read the Core Book and use the setting to run another game with another system, the best approach to actually play Symbaroum requires you set aside your hunger for spell ranges, feat trees, battle mats and point-based character balance and embrace the idiosyncrasies wide-eyed and open-minded.”

I have played in and/or run 32 different RPG systems since my first TTRPG session in 2015. I like things and have learned from each of them. On top of that, I have read, skimmed, or played hundreds of modules, splat books, adventures, monster manuals, blog posts, gaming zines, tweets and G+ posts.

When I land on a book that lodges in my imagination and consciousness for more than an initial skim through, I get excited. When I am excited about a book, the way I channel that excitement is by hacking the content into a form that will be usable by me at my table with my group.

It feels very unproductive to read anyone talk about the “best” way to play a system. Different groups want different things and different GM’s run games differently. At the moment, our hobby feels full of people drawing lines in the sand and planting flags. I believe that we should each be conscious of our actions and engagement within this space. I want my actions to make play culture more diverse, divergent, individual, and free-form. I want to make accessible tools that can be useful for GMs regardless of system.

I understand that game developers create a game with a certain experience in mind. I run and play lots of PbtA games that are clearly designed for a specific play experience. As a GM I am very intentional about player motivation and intent around the games. Symbaroum might have been created to encourage a specific type of play, but choosing to engage with it differently should not be viewed as an insult or as an act of resistance.

In my mind, hacking a game is a compliment. It is a love letter to the game to like it enough to make it your own when it would be easier to use a system neutral setting or something already written for 5e. I want to continue posting about how I am hacking Symbaroum, but I am not sure if there is even an audience of people interested in this type of engagement. I hope that I can make the setting more accessible to GMs by creating tools that I will use at my table and by sharing Actual Play reports of how we are engaging with the setting. I hope that my engagement is viewed not as an insult to the system, but as a contribution to the community.

2 thoughts on “My Love of Symbaroum”